Our plan at this time is to have our yearly banquet sometime this year.  Right now, we are looking at late summer, possibly the end of July or early August.  A letter will be sent to all current banquet attendees when more information is known, probably late spring.  Stay tuned!! 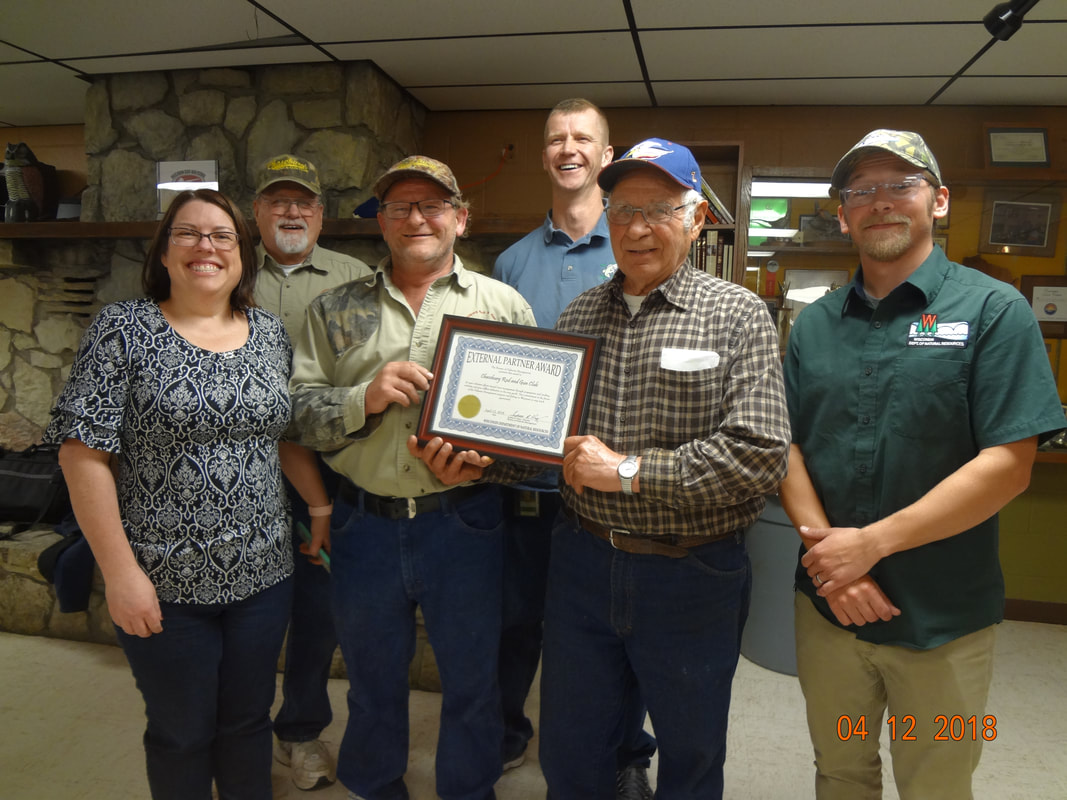 ​At the April Chaseburg Rod and Gun Club meeting, the club was honored with an award from the Bureau of Fisheries Management Division of the Wisconsin DNR.  The club has had a long history of raising and releasing trout in area streams, through our partnership with the Bureau of Fisheries.  The club began construction of the trout ponds in the mid- 1950’s.
Recognized at the meeting were the past and present caretakers of the trout.  These are the people who shoulder the responsibility of feeding and monitoring the trout, along with the maintenance of the ponds.  The trout must be fed every day, rain, snow or sleet notwithstanding.  The ponds must be cleaned several times a week to ensure the trout remain healthy.  The water flow must be monitored and oxygen levels measured.  There are critters to deal with such as coons and fishers, who are always looking for an easy meal.  It is a big responsibility, and the club has been fortunate to have had very conscientious people as our trout caretakers since the program was started.
The first caretaker was Toland Ekholm, who had this responsibility for 46 years, until 1994.  He was assisted by Walter and Michelle Young from 1987 – 1994.  In 1994, Duke Dahlke took over the responsibility.  He cared for the trout until 2012, when he started mentoring Mark Andre, the current trout caretaker, who took over full time responsibility in 2013.  Mark still looks to Duke for advice.  There have been many members in the past who have assisted the caretakers when necessary, when they need time off or when more significant maintenance issues arise.  Many thanks to all the caretakers who shoulder the responsibility of raising the trout, and to those who have helped.  The trout ponds are located on private land, so a huge thank you must go out to the land owners who have allowed the club access to their property for these many years.
The club releases on average between 5000 & 6000 brook or brown trout every spring, typically the first Tuesday in May.  For many years now, students from St. Mathews Elementary School in Stoddard help the club plant the trout, something they always look forward to.  After the trout are released, the ponds are cleaned, repaired and sanitized.  The new trout usually arrive the 2nd week of June, and the cycle starts again.
The award was presented by Justine Hasz, the fishery bureau director.  Also speaking were Kirk Olson, a fishery biologist, and David “Howie” Schmidt, the co-op fishery partnership coordinator.  Pictured receiving the award is Duke Dahlke, Mark Andre and Roger Kuester.  From left to right in the picture is Justine, Roger, Mark, Howie, Duke and Kirk.
​
The past couple years have seen many improvements to our facility.  The trap range was completely rebuilt,   and a pistol range with 3 lanes and a manual target retrieval system was completed.  A new shed has been built, and a porta-potty that is handicap accessible is now on site.  A retaining wall was built behind the club house to hold back the hillside, which was slowly getting closer to the back of the club house.  We have also purchased new targets for the archery range that are for field points only.  Please enjoy and respect these additions to our facility! 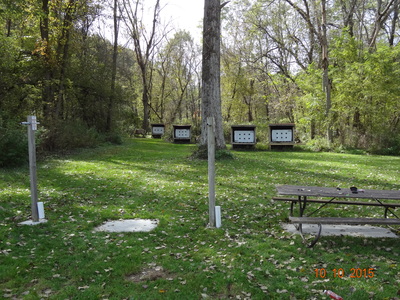 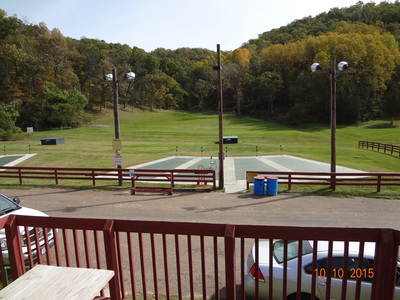 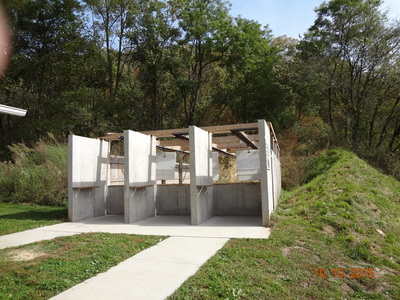 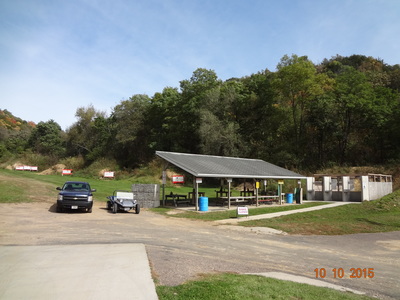 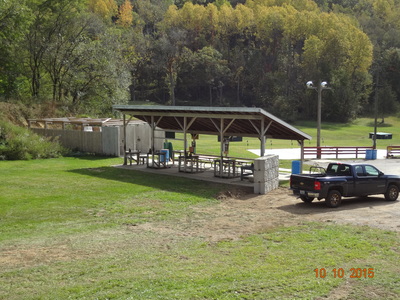 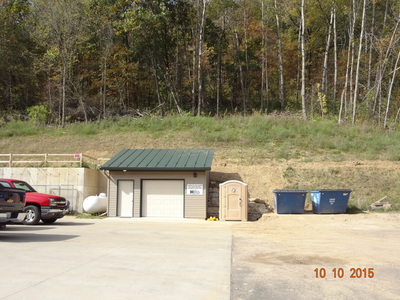 Here is the rental policy for the clubhouse attached below.